Are you one of the millions of people who tuned into ESPN's Michael Jordan documentary, "The Last Dance" which appeared on Netflix every Sunday for the last five weeks? Regardless of whether or not you are a fan of Michael Jordan or even Basketball one thing is for sure, the guy has incredible work ethic.

Although I am not a huge television watcher, when I do watch something like this I always try and learn something that I can apply to my life or business. When I admittedly became consumed with the weekly two-episode releases and instantly binge watching them I found myself thinking about takeaways that anyone could apply to their business.

Here are 10 things about "The Last Dance" you can apply to your business.

Where are you going? How are you going to get there? Having a vision when you're starting, maintaining or growing your business is important to your success. For Michael, it was clear he wanted to win but not only did he want to win, he wanted to be the best and hard working player in the NBA. When he achieved this, another goal was set, to be part of the most winning NBA team (not franchise) of all time. So how does that apply? Think of your business, how do you want to separate yourself from the competition. If it's by providing the best product or service, great. Define what you need to do to get there, write it down and keep yourself accountable.

2. Tell The Truth Even When It's Hard

Work ethic might be Michael's top attributes but being brutally honest can't be much further behind. The one thing that really stuck out to me is that MJ isn't concerned with people's feelings or sugar coating the truth, he's honest and tells it how he sees it. If there is something he doesn't like, then hes going to bring it up. I think in business this is important regardless how difficult it can be, however when you approach it the right way and have an open and honest conversation with your employees it puts everything on the table and allows them to either adapt or learn that maybe they aren't the best fit.

3. Don't Ask Others To Do Something You're not Willing To Do Yourself

I think making the best use of everyone's time is important. People excel at certain things so it makes sense to have them focus on these tasks versus something they might not do so well in. That doesn't mean to say don't challenge your staff but at the same time. Don't ask them to do something you wouldn't be willing or comfortable to do yourself.

4. Do The Work Even When Its Not Asked Of You

I don't know if it was his competitive nature that took over in the documentary or if it was just how he operates as a human being. Throughout the entire documentary it was stated that Michael wasn't the nicest person or easiest to deal with but at the same time it was constantly stated how no one had worked as hard as him and when the required work was completed by the team, MJ was still out there playing pick up or working out. To me, this is important in getting ahead because its the extra things that make a difference and make your business and employees stand out.

5. Be Able to Apologize When You're Wrong

Saying sorry for some can be a pretty difficult thing to do, whether it's because of pride or ego. but why? Saying these words can save relationships, business and personal. MJ mentioned this throughout the entire documentary that if he felt he was wrong he would be the first to apologize but at the same time if he felt he didn't feel that way, despite others opinions, he's not saying those words. 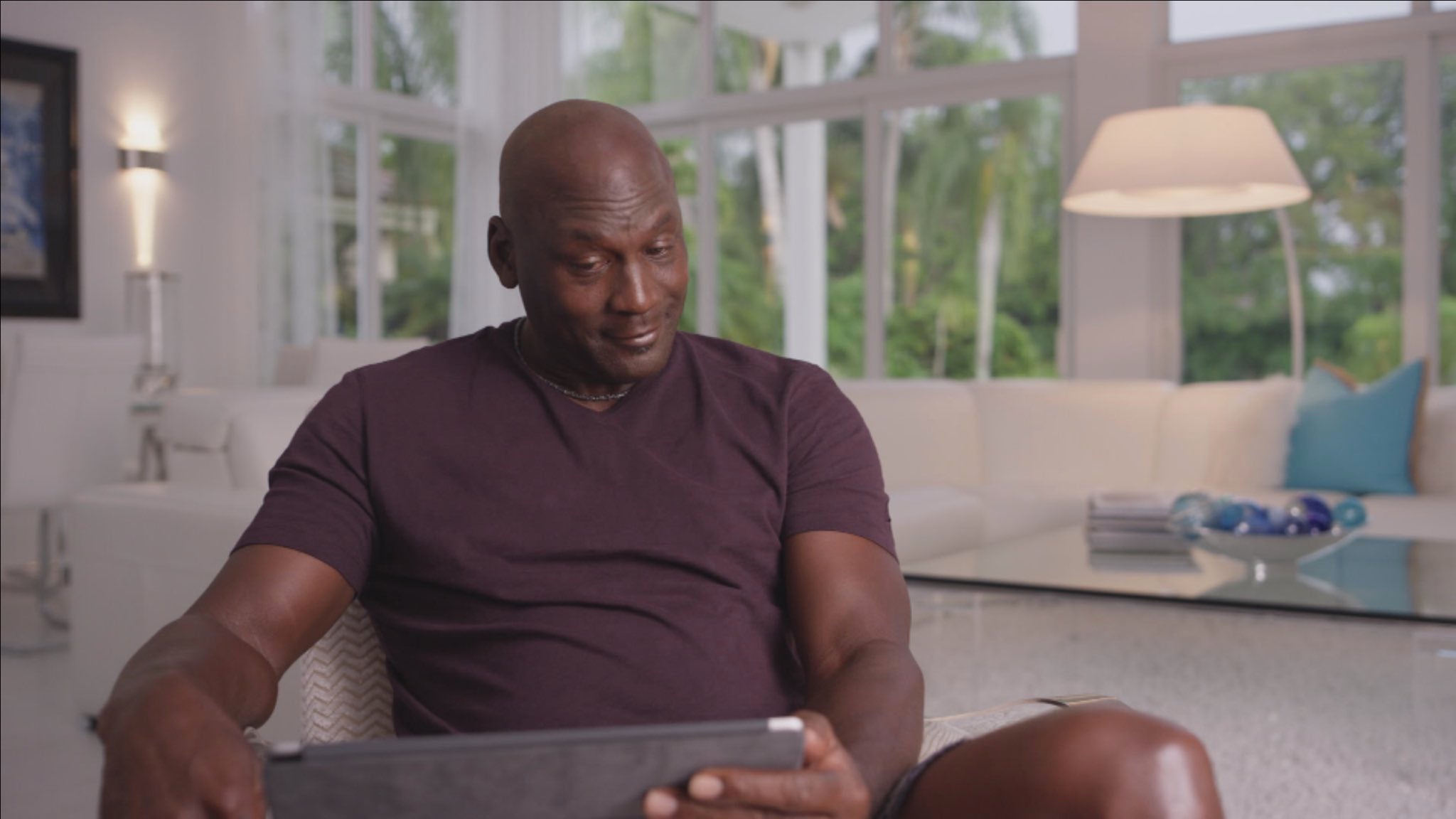 6. Don't Forget How You STARTED

A business has to start somewhere and whether it's in the basement or garage of your house or in a retail space downtown remembering what you had to do to being your business and also the steps you took to get where you are is important. A business doesn't just become successful on its own, everyone gets help whether its from emotional support, financial support or that first customer that gives you the motivation to keep going.

Besides a few trips to partake in some gambling Micheal was always there. He knew he was the leader on the team and people looked to him for advice and guidance. You don't need to be in the business all the time but you need to be present, if you aren't the one making the day to day decisions your presence is still necessary and important for your staff to know they have someone they can talk to and gain insight and guidance from.

I mean this is pretty clear the entire time. A lot of people don't like Micheal Jordan but everyone respected him. In business you're not going to make everyone happy no matter how hard you try. This is something I always struggled with and lost a lot of sleep on. Tying to make everyone happy isn't realistic but knowing you've done everything you can while maintaining your values is. You're in control of your actions and emotions, not everyone else's.

Say this to any entrepreneur it's a struggle. Why? Well, generally when you start a business its because you have a passion for something, why wouldn't you want to spend as much time as you can on your passion? I don't know if MJ had as much balance as he would have liked but at the same time he was able to retire at an age that created him the freedom and balance he needed. I think the longer you run a business this gets more obvious that balance is needed. More obvious, not necessarily easier.

10. YouR MIND HAS the Final Say

Circumstance is an interesting thing. Often we look at situations we aren't accustomed to as a way to not do something or give up on a task or goal, maybe its because its easy. We can't control everything but one thing we can control is our mindset, if you want something to happen you're in control of doing everything you can try and and achieve that goal. If you don't achieve your goal that's fine but at least you know you did everything you could to try and achieve.

To me, "The Last Dance" wasn't just an interesting watch but an insight to a man who was willing to do whatever it takes to win. Do I agree with everything he did? Absolutely not. Do I think there is a lot of things businesses and individuals can learn from MJ? Definitely.

Sign up for our email newsletter and get marketing news, tips and more sent right to your inbox